After two weeks working with children in the Kalva slums of Mumbai, the volunteers of the Gabriel Project Mumbai took a trip to Alibaug a village three hours outside Mumbai on the Konkan Coast, to explore the history of the Jews of India – in particular the history of the Bene Israel, the largest Jewish Indian sect.


The drive to the Konkan Coast was beautiful and surreal. The countryside is an expansive, lush plateau, tranquil and green – a vision that stands in stark contrast to the cramped, chaotic, noisy surroundings that are typical of Mumbai.  It was almost a relief for the volunteers to breathe fresh air again, and it was enlightening to realize how large and diverse the landscapes of India really are. 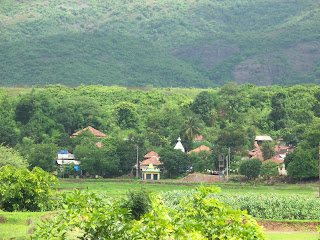 We arrived at a small coastal village called Navgaon, which is the central location of Indian Jewish history. This is where the two thousand year-old story of Indian Jewry comes alive. According to the local legend, a boat left Israel at the time of the destruction of the second Temple and headed for the Indian coast – perhaps for trade or perhaps to flee the turmoil in Jerusalem. At the Konkan coast, just outside Navgaon, this ship full of Jews is said to have crashed, leaving only six or seven Jewish couples to survive. These couples made their home in Navgon, on the Konkan coast.
These Jews, strangers to India, brought with them Jewish traditions and religious practices from their lives in Israel – but after the shipwreck, they had no books. With no writings, Torah scrolls, or religious artifacts, they nevertheless kept a diligent oral tradition over the generations. They were steadfast about circumcision, Shabbat, saying the Shema, and eating only kosher fish (ones with both fins and scales).  Interestingly, they worked primarily in oil-making (a trade that they presumably learned in Israel) and they were known as “Shenwar Teli” the “Saturday oil-pressers”, because unlike most villagers  who took Mondays off, the Bene Israel were uncompromising about Saturday – Shabbat – being their day of rest.

The Bene Israel have also developed fascinatingly meaningful Jewish customs of their own. The volunteers and I were fortunate to participate in a ‘Malida’, a thanksgiving ceremony held in the home where guests partake in a plate full of roasted rice, fruits, spices and flowers. In this ceremony they sing songs praising the Lord. In the main song they also praise Prophet Elijah as the precursor of the Messiah.

The Bene Israel legend also narrates of two occasions when Prophet Elijah visited India and returned to heaven. The first account occurred immediately after the arrival of Bene Israel to the Konkan coast. On this occasion Prophet Elijah revived the unconscious Bene Israels who washed up on the beach from the sea. The second story occurred at a much earlier period. At the time of the story of Prophet Elijah’s ascent to heaven on a fiery chariot (Kings II 1-18), the Bene Israel believe, Prophet Elijah made a pit stop  in the village of Khandala near Alibaug. It is believed that the chariots wheels and horse footprints, that are visible today, are imprinted on a large rock when he took off to heaven. 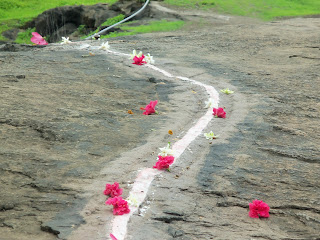 Today there are approximately 35,000 Bene Israel, most of whom live in Israel. Some 4,000 live in India, most in and around Mumbai.
It was astounding to me realize that the Bene Israel is one of the oldest and most secure Jewish communities in the world. They are one of the few Jewish groups in the world that can boast that they have had a consistent presence in the same region for two millennia – completely free of anti-semitism, anti-Jewish legislation, pogroms, crusades, Holocausts, Inquisitions, or any kind of anti-Jewish discrimination. This kind of history is simply unheard of for Jews. The Bene Israel are very proud of their place among the Indian people, of the truly peaceful coexistence that has characterized their community during the entire two-millenial period of Jewish exile. Throughout that time, the Jews of India were always treated well by their neighbors and by the Indian authorities. There is simply no parallel to their experience throughout Jewish history.
The enormity of this history can be seen in a rather subtle way in the Jewish cemetery in Navgaon. The Jewish community has been using this cemetery for centuries. The recent graves have monuments, but the ones that look very ancient just have stones around them. Even more ancient ones are left unmarked in an open field. There has simply been too much history to maintain all of it. 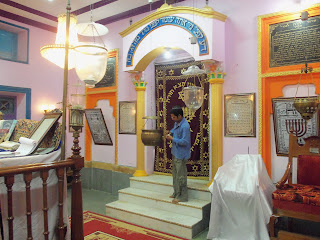 For me, the most riveting experience, which highlighted the wondrousness of this historical Jewish narrative, was our visit to the 162 year old synagogue, Beth-El, in Revdanda.  Although the synagogue remains exquisite, there are only around ten Jews left in the village. One of them is Binyamin, a forty-year old Jewish man who graciously invited us into his house to meet his wife and three children and to hear about his life. Next door is his parents’ house, although his father recently died. In his house he has an oil press, which has been in his family for generations, but nobody knows quite for how long. All Binyamin can say for sure is that his grandfather told him that his own great-grandfather had worked the oil press. 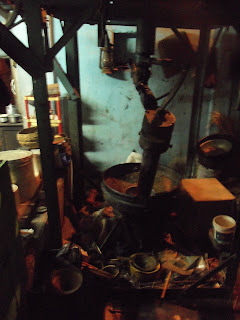 In addition to his other skills, Binyamin is a cantor and a ritual slaughterer according to Bene Israel tradition. Every day he goes to the synagogue to pray, but he usually prays alone. Every once in a while the Jews from the surrounding villagers gather at Beth-El to make a minyan (quorum of men) on Sabbath morning. Binyamin proudly showed us the pictures of his son’s lively Bar Mitzvah at Beth-El that took place earlier that year.


I found it so inspiring to observe the deep connection that Binyamin and his fellow Jews have to Judaism, a connection that is bound by a quietly unrelenting and uninterrupted two-thousand year old Jewish presence in the area. Their houses are full of Jewish symbols, including large stars of David outside every house and the requisite picture of Eliyahu Hanavi and his chariot hanging on the wall. They are so proud of being Jewish, and their connection is directly tied to the ancient temple in Jerusalem. It is fascinating to witness such an unbroken Jewish presence in place where Jews were simply accepted by their non-Jewish neighbors. I believe that this narrative has no parallel in Jewish history.


This visit awakened in me both a sense of deep connection and a humbling awesomeness about being part of the Jewish people. We Western Jews are so accustomed to thinking of ourselves as the center of Jewish life, as the ones who have maintained an ancient tradition and fought mighty forces and enemies in order to keep Judaism alive. And all this time, in a different corner of the planet, one where communal harmony is the norm and mutual respect is a given, a group of Jews have been peacefully and gently keeping alive the Jewish spirit in their own way. Jews around the world owe it to themselves to get acquainted with this extraordinary community. We need to open our eyes to the wondrous diversity of our people, and open our minds to the possibility of a remarkably different Jewish story. 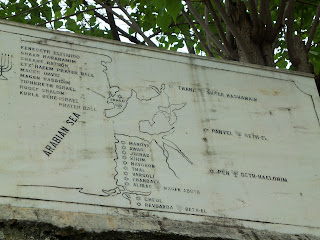